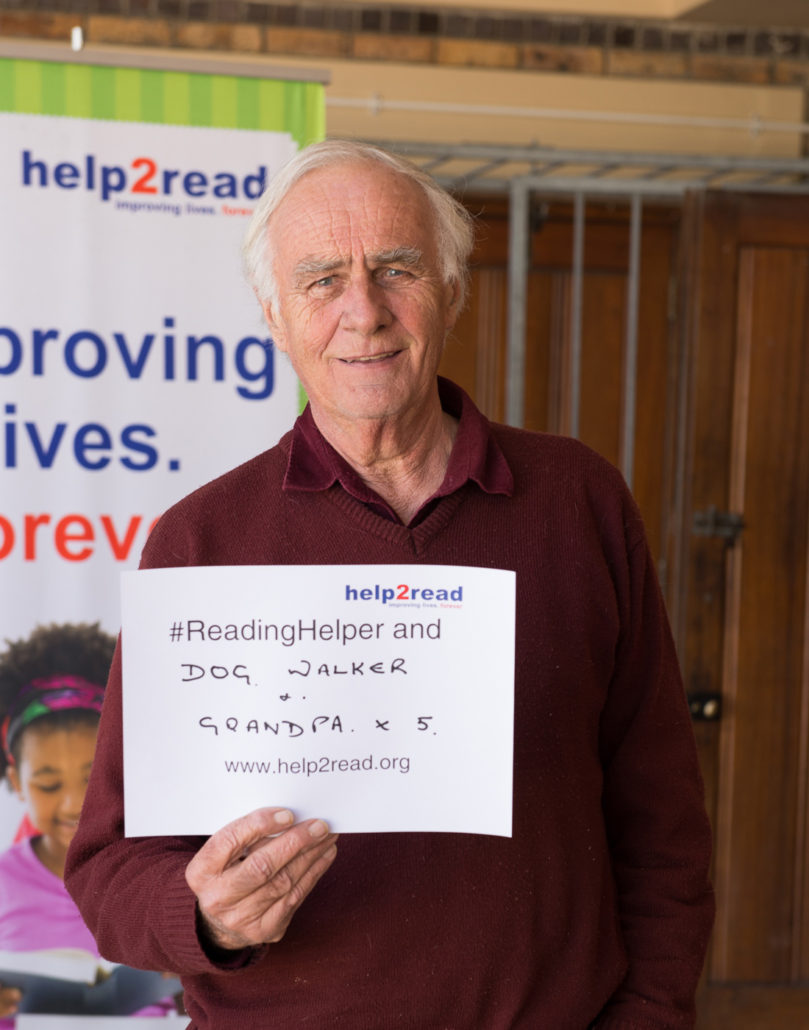 Roger Vestey, who humorously calls himself “ancient” in comparison to the learners he assists, has been a help2read volunteer at Bay Primary School since 2010. After his wife encouraged him to sign up as a Reading Helper, Roger attended training with help2read and began assisting learners at Bay Primary.

“Over the years I have met children, some of whom could read quite reasonably and others who couldn’t put two words together”, he said. “It’s been a real pleasure to watch them all gain a real excitement in learning more about books.”

Roger found that connecting with a learner’s teacher plays an important role in effectively assisting the learner. “I find getting to know the teachers is really helpful to understand the difficulties some children have” he explains. “Often all they need is to gain confidence to stand in front of their peers and read a few lines from their readers.”

“To those who have a few hours a week to spare, take the opportunity to give back to the community and take up reading to those who find it difficult.”