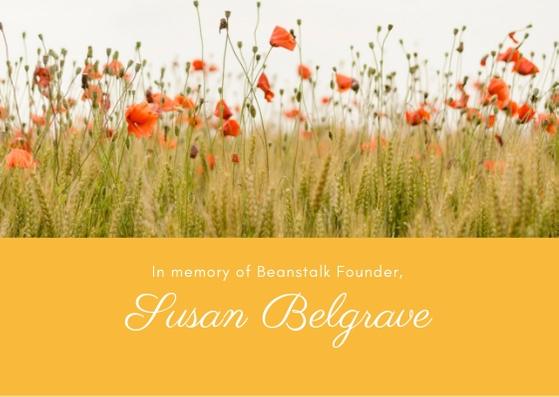 When I first met Susan Belgrave at a Beanstalk event, she was already in her mid-80s and just about to go off to ride a horse alone across, as I recall, Kazakhstan.  We arranged to meet at the Travellers Club in London following her return and it was there that I asked her to become help2read’s patron. However, before she would bestow this honour, she requested to see what we were doing in South Africa.  It was arranged for her to come in February, to visit a number of schools in both Western Cape and Gauteng. She was bowled over by the enthusiasm of the children and the obvious effectiveness of the programme since it was based on her original programme – which was first developed in the 1960s in inner London.

We became friends, albeit at a distance and punctuated by her riding visits to the distant wilderness.

Help2read would not exist if I and my co-trustee Richard Lockwood had not been volunteers with Beanstalk or, as it was originally called, Volunteer Reading Help. Thousands of South African children who have benefited from the work of help2read are part of Susan Belgrave’s lasting contribution towards literacy development.

What an amazing woman, what fun she was and what a loss she is to all who were lucky enough to have known her.

Want to join the discussion?
Feel free to contribute!

Tweets by @help2read
Celebrating the joy of reading aloud