On 14 June 2018, help2read co-hosted a charity dinner to mark the 100 Anniversary of the birth of Nelson Mandela. The Icons Dinner recognised his powerful leadership and also celebrated the contribution made by 30 other important South African Icons of the past 100 years to nation-building in the new South Africa. Very appropriately, and in honour of Madiba’s very special love of children, the event was held at the wonderful V&A Museum of Childhood in Bethnal Green, London.

The dinner was a collaborative initiative of Afrika Tikkun, CHIVA Africa and help2read – all charities striving to improve the lives of children and young people in South Africa, ensuring that they have access to care, education and the space to dream and live out their potential.

Thanks to our 260 very generous guests, many of them among the most successful South African businessmen and women based in London, over £85.000 was raised on the night, which will be equally divided between the three charities to enable the spaces within which South Africa’s children can dream, grow and thrive, giving them the opportunity to reach their full potential. We hope that the diversity, contribution, persistence, grit and commitment that the Icons have shown the world, will inspire the dreams of South Africa’s children today and 100 years from now they will be celebrated by those who follow in our footsteps.

An amazing array of auction lots, generously donated by talented artists (among them a pig!), winning writers, famous designers, and luxury conversation lodges and wine estates, completed the fundraising effort made possible by the generous participation of all our guests.

After enjoying champagne and canapés surrounded by our live and silent auction artworks, the 260 guests proceeded to their tables, which were all named after a specific Icon. They were illustrated by beautiful art pieces of the Icon made by our kids at Wemmershoek Primary School, along with ‘Klikety-Kliks’ made from 2-year old Coca-Cola bottles made by All Women Recycling. Help2read Trustee, Mr Bruce Cleaver, opened the evening with an introduction to the Icon event, followed by a heartfelt welcome address from Ms Bokani Tshidzu, a charity overview of all three organising charities and their work by Afrika Tikkun’s CEO Mr Gary Lubner, and the Icon acknowledgement and presentation by the Founder of Chiva Africa, Dr Karyn Moshal. 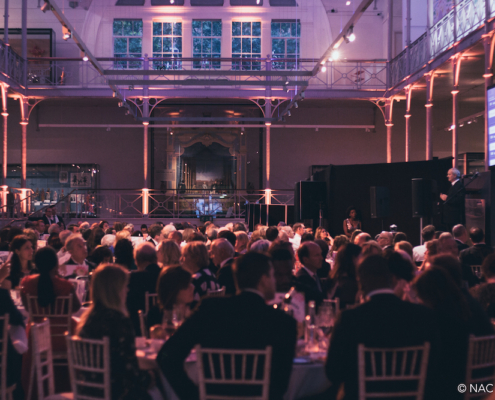 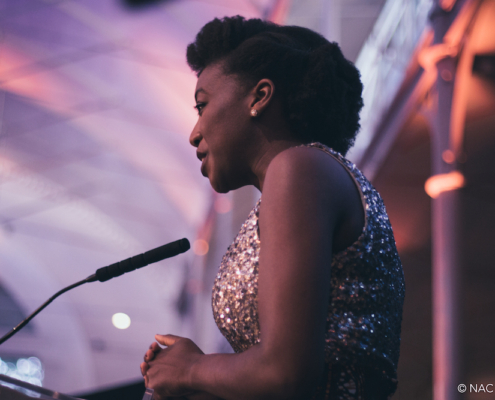 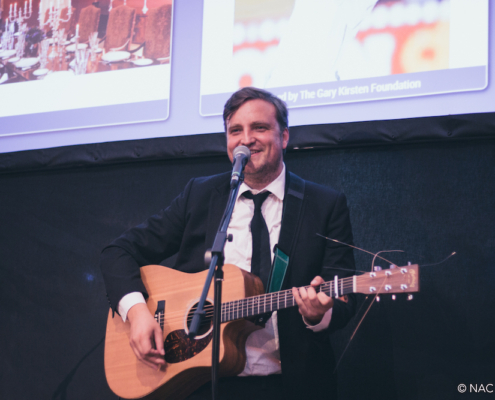 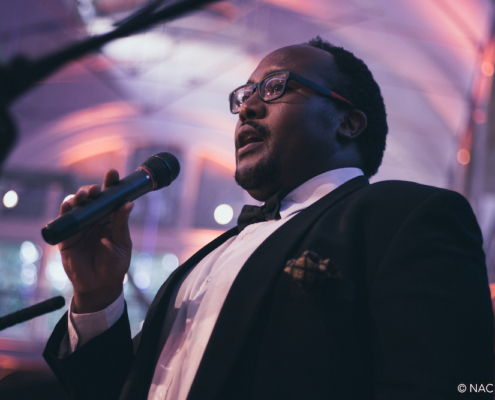 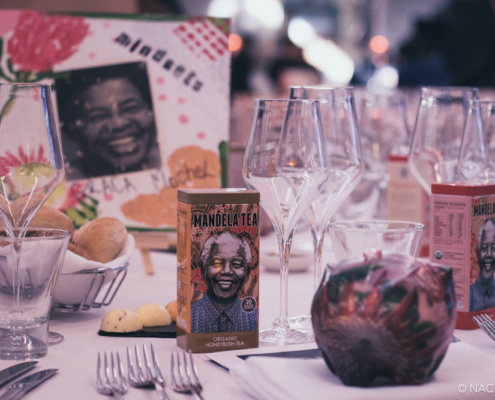 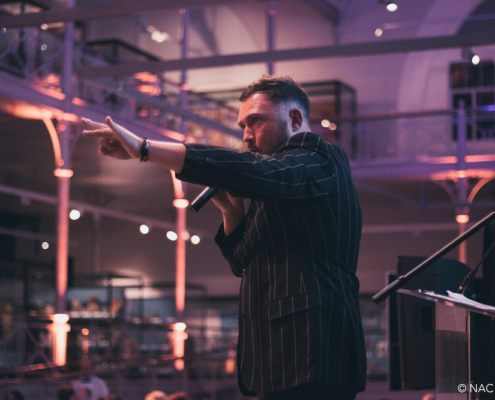 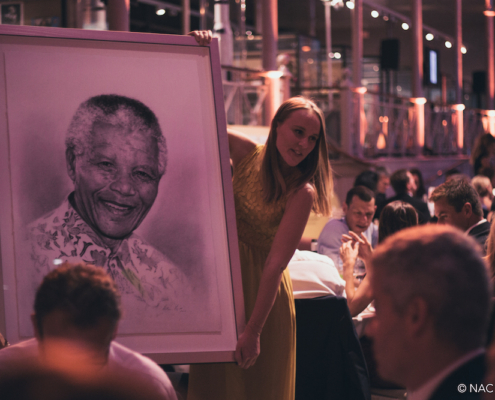 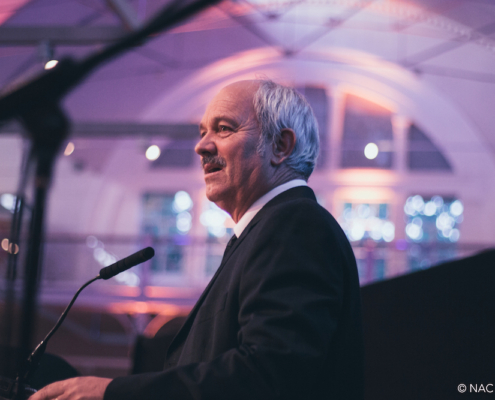 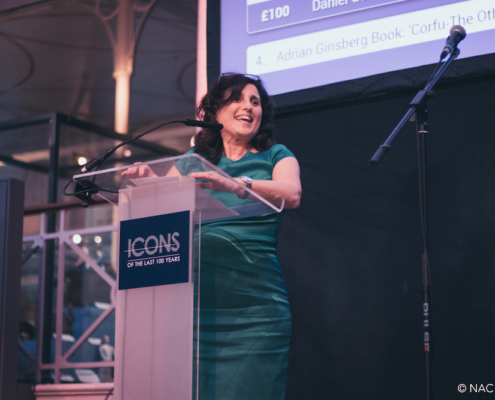 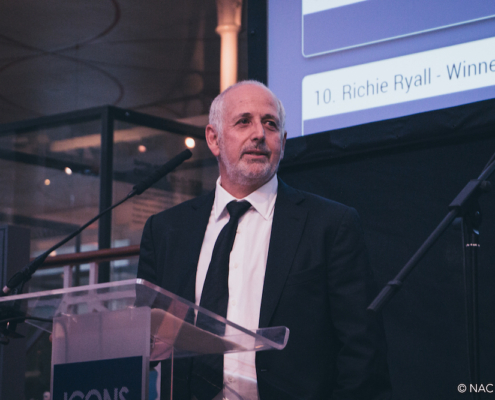 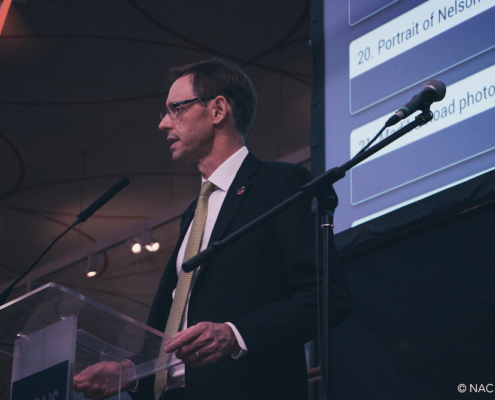 The Icons celebrated on the evening ranged from politicians and anti-apartheid activists to sportsmen and comedians. A video was shown of some of the children the charities work with, who explained why that specific Icon was special to them.

We were very lucky to have some of the Icons celebrated there in person, such as the Olympic gold medallist Ryk Neethling, internationally renowned neurosurgical nurse, honorary doctor & counselling psychologist Dr Lilian Cingo, as well as representatives of anti-apartheid activists Ruth First and Helen Suzman, and satirist Pieter Dirk Uys (who kindly donated a lunch with himself for 4 as one of the auction prizes).

Other Icons, such as Archbishop Desmond Tutu, who could not make it in person, advised us that they were very honoured to be among the Icons celebrated on the night. All Icons and representatives who attended were presented with a certificate by Dr Karyn Moshal.

After the South African national anthem was sung beautifully by opera singer Njabulo Madlala, the guests were then treated to another special musical performance by James Walsh – the frontman of multi-million selling band Starsailor. With the talented Walsh singing covers of old-time classics, the tone was set for a very joyful evening. His performance was followed by a superb three-course meal crafted by Seasoned, while the silent auction kept guests bidding during the entire evening, helped along by Givergy’s addictive bidding tool.

During the dinner, we were very honoured to have Mr Christo Brand as our keynote speaker who told the remarkable personal story of how he, as a white Afrikaner warder, developed a most special bond with a black prisoner, Nelson Mandela, and how their friendship kept developing after Mandela was released.

Auctioneer Jamie Breese did a brilliant job in getting the guests to place high bids during the live auction after a spontaneous charity appeal by one of our guests, who kindly urged everyone to donate three times what they normally would because the funds raised would be going to three different charities!

All in all, the evening was a wonderful success and will help Afrika Tikkun, Chiva Africa and help2read develop and expand their programmes to provide better lives and futures to even more children. We would like to take this opportunity to once again thank everyone who attended and contributed to such a delightful evening and thank you all for your continued loyalty and support. Additionally, we would like to personally thank our sponsors and lot donors for all of their hard work and generosity in putting this event together with a final thanks to all those who worked so hard behind the scenes to ensure the success of the evening.

Tweets by @help2read
DIY Reading Activity: Create Your Own Storybook